Does prior success in business generally result in a successful presidency?   Historically, how well has the successful business guy done once he's elected president?  This opinion piece in Entrepreneur Magazine picked the four men below as the most successful businessman who became president.   I try to capture their history, as well as a non-partisan rank, on this single page. The ranking and parts of the biographies are from Wikipedia.   For the rank I use the aggregated scholar survey rank, which combines the rankings from 17 different surveys. 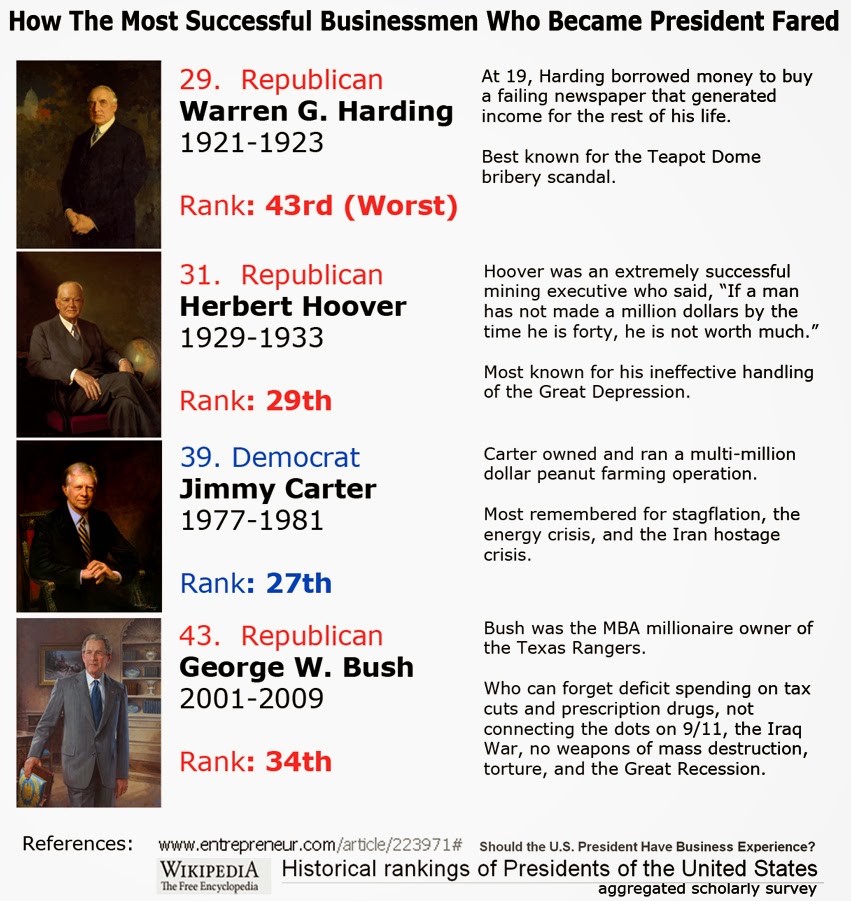 Posted by ORCSDcleanslate at Monday, October 22, 2012